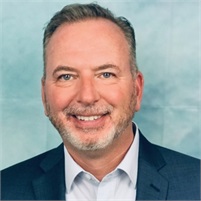 Dwain first entered the world of financial services in 1997 in Morgantown, WV, after the divestiture of an engineering firm he founded in the early 1990s. He was a qualifying member of the Million Dollar Round Table his first year as an associate of a Fortune 100 financial group, and he has since qualified for the MDRT multiple times in his 21 year career. He has served on the board as President for both the Morgantown, WV and Savannah, GA chapters of the National Association of Insurance and Financial Advisors. Dwain entered management roles in 1999 and managed multiple sales groups and branch offices for Fortune 100 groups in West Virginia, Pennsylvania, Georgia, Virginia, and Florida until he founded his multi-state Wealth Management Firms, Appalachian Advisors, Snowshoe Advisors, Inc. and Canyon Ridge Group, LLC.

Dwain graduated from Marshall University with a Bachelor's Degree in Geology and has also completed graduate Engineering studies at West Virginia University's College of Graduate Studies. Dwain is a former Combat Engineer Officer and National Guard Officer in the United States Army, achieving the rank of Major. He held various positions in his career, which include Company Commander, Environmental Officer, Senior Tactical Officer at Army Officers Candidate School, and numerous other Company and Battalion Level staff positions. Dwain has successful adult professional children, a son who is a Mining Engineer (VA Tech) in Missouri and a daughter who is a ER Nurse (UGA/UNC) in Florida.

Dwain currently calls the Southeast Georgia area home and spends a good amount of his time traveling the South Atlantic Region as well as frequent trips to the Summerlin, NV area to manage his wealth firm in Las Vegas that is imbedded with one of the leading and most reputable Legal and Tax Firms in the country, Anderson Business Advisors. He is the Managing Director of The Premier Client Service Group (PCS) with Anderson Financial Services, LLC that specializes in a Family Office Service and high net worth families throughout the country.

He is an avid Fly Fisherman for native rainbow, brook and brown trout and enjoys hiking and primitive camping excursions in some of the most rugged back-country in the US and abroad. Dwain finds time in his busy work and travel schedules to devote time to assisting the homeless initiatives in SE Georgia and is an advocate and voice for Veterans Care.